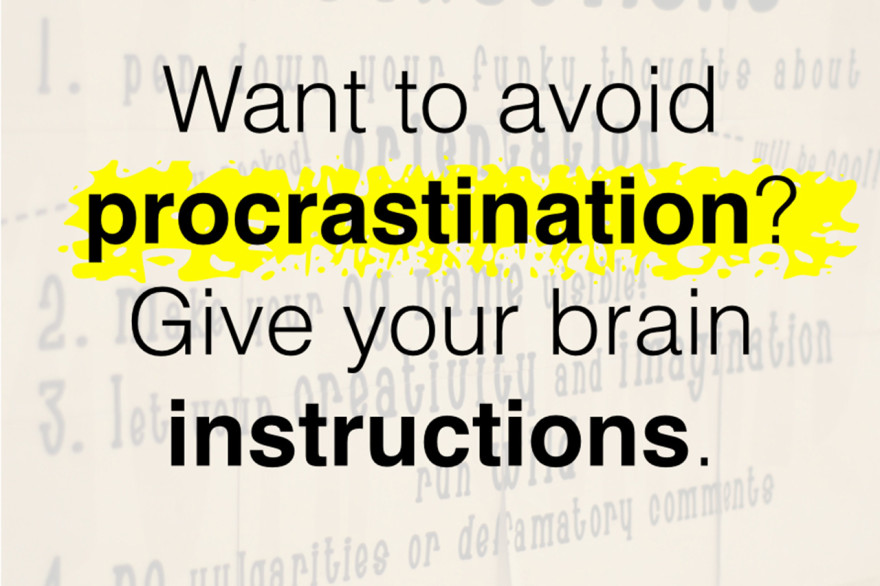 I once read that Canadians have the highest number of To-Do lists per capita.  And the same study reported that the longest a task stayed on a list was nearly a month (22 work days). That means that for 21 days some poor schmuck rewrote: “update web site” on his list.

Lists are great for organizing stuff and getting them out of our head. Cool. Lists can also be dull, monotonous, and down-right demoralizing.

It doesn’t have to be that way.

Whether you rely on Wunderlist, Evernote, Outlook, or a Moleskine journal, you need a list. The trick is for your list to work for you, not against.

Your brain loves taking the path of least resistance. Given a choice, it will give a green light to checking 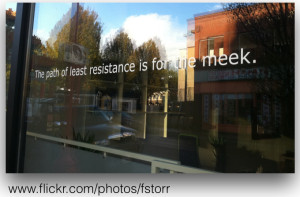 email and a red light to returning a client’s call. TWEET THIS OUT

It’s the same for your diet, exercise, tough decisions, and sales calls. There is always something easier that can come first.

A few years ago (when I was young and naive) I hired someone to market my business. That was my first mistake.

Every day I would arrive at the office to find him reading the newspaper (that is before I fired him, of course.) Compared to picking up the phone and making a sales call, reading the news was his path of least resistance.

What about you, does this sound familiar? Maybe you check your email more often than you should. Or Facebook, or Twitter, or just play around getting that cool app you just downloaded to sync with Dropbox, so it will update that thingy that does that other thingy so that Evernote captures all that stuff that you will never look at again. 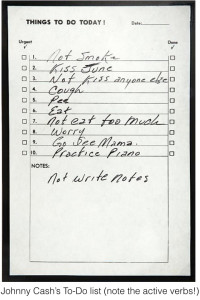 every task. Ones I use are: call, complete, make, write, send, and ask.

Think of it as instructions for your brain.

“I think timid writers like them [passive verbs] for the same reason timid lovers like passive partners.” (Stephen King On Writing: A Memoir of the Craft – essential reading for any writer who takes their craft seriously).

There you are, it’s 2:30 on a Tuesday and you’ve been going hard all day. You scan your list and see: “Research new supplier”. “Crap,” you think, “That’s one big black hole.” So you put it off, again.

Now, what if you turn that task into an instruction and bolt a verb to it? Instead of “Research new supplier.”’ you see: “Call John for advice re: supplier.”? Not so bad, right?

Or, how about “Email three suppliers for list of past clients.”?

“Research new supplier.” sounds like a dreary first-year undergraduate project; the second tells me what to do. I get instructions and now I’m closer to starting. 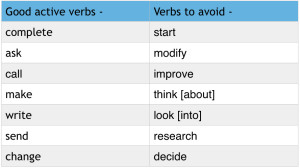 DO THIS RIGHT NOW

Before you go any further, scan your To Do list. How did you record your tasks? Do you see instructions, or do you see opportunities for heading down the path of least resistance?

Anytime you go to record a task, ask yourself this: am I giving my brain instructions, or setting myself up to fail? When 2:30 rolls around again, instructions will always get you more traction. Now go make some instructions for yourself.