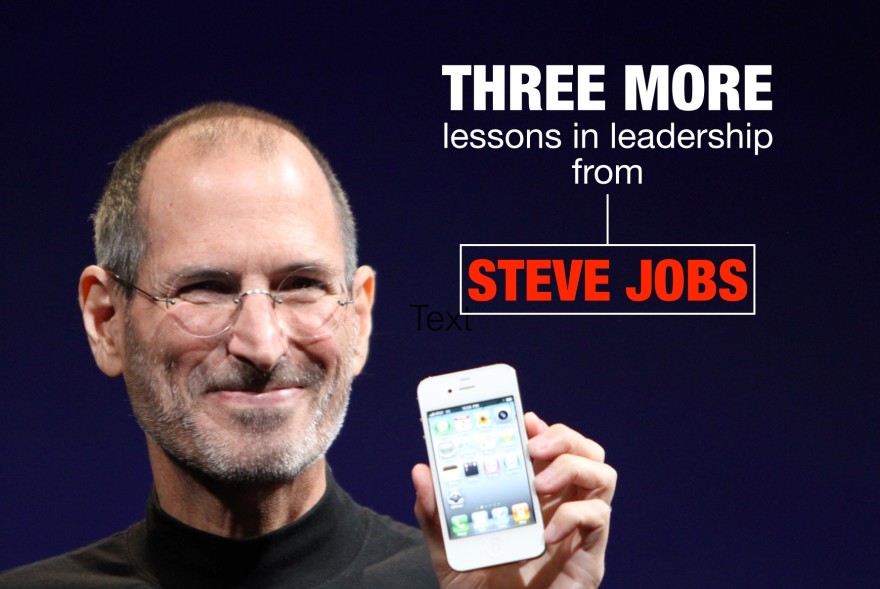 By now, it’s well known Steve Jobs, the genius behind Apple, iTunes, and Pixar, was far from being the perfect leadership model. He was equally famous for his hostile outbursts, damn-the-torpedoes attitude, and irreverent social graces as he was for his entrepreneurial and promotional genius.

Despite all that, we can learn from him.

Here are, yet three more, surprising lessons I have learned from Steve Jobs.

The now-famous jeans and black turtleneck, ‘billionaire outfit’ that Jobs wore day in and day out had a purpose. Sure, it was a small statement of defiance, but it also conserved willpower. Huh?
The work of Roy Baumeister, Willpower: rediscovering the greatest human strength and others, reveals that willpower, the essential inertia we need to get things done – even when we don’t want to – is exhausted with every decision made. This is why you make stupid decisions, like staying up late watching Duck Dynasty reruns, while downing a bag of stale Doritos.

Think of it like a container, filled to 100% with willpower – that’s what you start your day with. Deciding what to have for breakfast, should you go for a run, and what clothes to wear burns through your reserve.

Routines (like what clothes to wear), habits, and systems, conserve willpower. Read more about willpower in my post How drinking tea can make you rich and build willpower.  It’s no wonder Obama only wears black and grey suits, Tony Robbins has his presentation outfits organized by number, and Bill Gates, well, he just dresses badly.

Safe to say, Apple products are beautiful. Even the packaging for your new iPhone is something to marvel at (I can’t bear to throw mine away). There’s a reason for that.

When Jobs realized in 1999 he needed retail outfits, he recruited top talent. Ron Johnson, of Target fame, Mickey Drexler, of GAP, and even Larry Ellison (CEO, Oracle) would frequently tour the secret prototype store hidden in a warehouse in Cupertino, California.

No detail was overlooked. Jobs insisted on a gray-blue Pietra Serena sandstone hand-cut from a family-owned quarry in Florence, Italy, and titanium supports for glass supports on staircases. Despite all that, and after six months of intense work, Jobs insisted the product displays be completely reworked to centre on function (for example, these products are for movies), instead of product lines (these are computers).

It would take another full year before Jobs would give the green light for the first Apple store to open, May 19, 2001 in Tyson’s Corner, Virginia. Ten years later, sales from Apple stores were $9.8 billion and they gross more per square foot than any store in the world and earn more in total dollars, including Manhattan Fifth Avenue icons, like Saks and Bloomingdale’s (which inspired Jobs in the first place).

In a world of unkept promises (like contractors who sound so helpful, but never show), built-in obsolescence (like cars that mysteriously break down once your warranty expires), and sloppy customer service, it’s down-right wonderful that Apple products work and their service is stunningly good.

We can learn from that legacy.

Jobs was not the first person, by any stretch, to build a portable music player. Sony, for example, had been pumping out Walkmans for years. But, in his words, Jobs thought they ‘truly sucked’.

The one ace up his sleeve, that eventually would place iPod as the market leader, was Jobs also ignored history.

It would have been easy to tweak existing designs and improve on them. Instead, Jobs started from scratch to create a product so exceptionally superior (remember ‘1,000 songs in your pocket?’) it was beloved by early adopters, and quickly outpaced competitors.

The iPod allowed you to scroll songs with your thumb, complicated functions (like create a playlist) were removed, and no function took more than three clicks. And, unlike the competitors, there was no on/off button (which became true of most Apple devices) – there was no need – they go dormant if not being used, and wake up when you touched a key.

And then, with a stoke of genius, Jobs added the iconic white earbuds so millions of proud owners became walking billboards for the Apple brand.

→ GET A COPY OF MY PLAN LIKE A PILOT PLANNING TOOL← 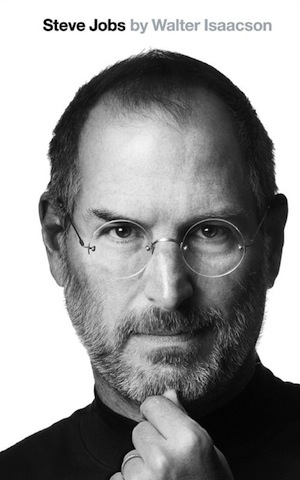 It’s easy to distance yourself from the strange universe called silicon valley and the bearded start-up kings who became overnight millionaires. Don’t.

Steve Jobs showed us there was a different way to show up and get things done. We may not want to mimic his insanely driven, sometimes ruthless, approach, but we can learn from how effective he was at challenging assumptions, creating world-changing results, and putting a dent in the universe.

Note, all details in this post came from the brilliant biography, Steve Jobs (a must read for any self-respecting business leader), by Walter Isaacson.