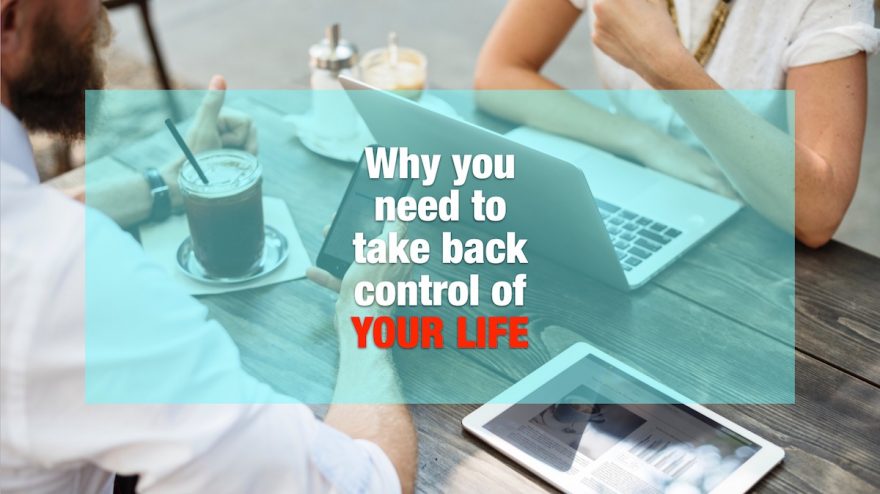 Down a long hallway, in a basement somewhere under the Stanford campus an experiment was taking place that would spiral out of control so badly it had to be aborted part way through.

On paper it was brilliant – in reality it triggered one of the most sensitive parts of our psyche – losing control.

It was 1971 and the designer of the experiment was Phil Zimbardo, Professor of Psychology.

The set up was students playing the role of dominating, unrelenting prison guards and other students acting the part as prisoners. Within one day, prisoners were revolting against the controlling behaviour of the guards and being locked up on solitary confinement.

By the second day, student-prisoners were rioting and plotting escapes. One inmate was suffering from depression, uncontrolled rage and crying while another prisoner had gone on hunger strike.

The guards had won. And they did it by consistency taking control away from the prisoners.

Why you need Control

Central to our wellbeing, confidence and ability to achieve desired outcomes in our life (like making money, healthy relationships, cook a great quiche) is feeling like we are in control. We don’t necessarily have to feel like we influence politics (although that would be handy these days) and certainly don’t have to feel we control other people – we need to feel we control our future.

This need for control extends to our work.

When Google was researching what makes for a high-performing team, they eventually concluded the secret was freedom – the freedom to speak up equally and to share what was important (and not necessarily on the agenda).

This is the opposite of control.

When team members have a sense of control over their input and the results of the team, there is less conflict and better outcomes.

The word “control” can be pretty loaded, so let’s dial in on what I mean by control, starting with your health.

Control and your Health

You need to feel in control. And what’s fascinating is how quickly this can happen.

You need to feel in control. And what’s fascinating is how quickly this can happen. Click To Tweet

In a series of experiments, researchers were able to increase participants’ sense of control in very short order.

In one experiment, people who did not normally exercise where asked to go to their local gym at least 3 times a week and for at least 30 minutes each visit. The type or intensity of the exercise wasn’t specified – just go to the gym.

The results were impressive, but not for what you might think.

Sure, there were some slight improvements in their health, but what was more remarkable were the changes they made in lifestyle. Within one month all of the participants had reduced at least one less-desirable habit, like smoking, drinking, staying up late, wasting money, etc. Because they felt they were more in control they extended that feeling to other areas of their life. I wrote more about this experiment in this blog post.

It’s only recently that the magic of willpower has been dissected to discover where it comes from. What used to be considered the secret juice of elite athletes, business icons and social influencers is now understood to be available for anyone.

We can all have more willpower.

The work of Roy Beaumeister and others has revealed that when we make choices (like starting a new habit) and overcome resistance, we build the willpower “muscle.”

And that’s the muscle we need to push up against procrastination, naysayers – even fatigue. More willpower means getting more of what we want.

I’ve written a number of posts about the relationship between keeping habits and developing more willpower. In my life, learning how to develop willpower has made a profound difference to the results I’ve enjoyed.

When you make a decision and keep it, you are on the path to more willpower.

When you make a decision and keep it, you are on the path to more willpower. Click To Tweet

If control is so great, how do I get more of it in my life? The surprising answer is it’s actually quite simple. Make decisions and keep them (don’t you hate it when the solution is so simple?)

Getting control is about you making something happen under your own volition. Kind of like I think, therefore I am, except it’s I decide, therefore I do.

For example, if you want to get more sleep because you’ve been reading about superstars like Jeff Bezos and Adrianna Huffington rant about the benefits of more zzzz’s you have a wonderful opportunity to get more control in your life.

I suppose if you are already getting 7 1/2 hours, then 8 hours is reasonable. But if a graph of sleep time over the last 30 days looks like a sine wave from an ECG monitor – that’s an Unrealistic commitment.

“I’m going to go to bed by 10:00 every night when I’m at home.” Now if you choose to read one night and cut into your sleep time, or go to sleep right away – either way you’re good.

You’ve set yourself up for success.

Or how about, “I’m going to only be on email 1 hour a day.” If you live in a monastery in Tibet spending your days in meditation and begging for rice, maybe that’s realistic. But if you live in my world that’s UNrealistic.

How about this instead.

“Between 1:15 and 2:30 I will only work on projects from my Flight Plan.” That’s realistic. You still have a choice on what you work on, but you’ve made the kind of commitment that puts you in control.

Here’s a grid of possible areas to create realistic commitments:

If you search Amazon, there are 713,297 books on self-help and my guess is all include one central theme: make a decision and keep it.

If “control” is still bugging you – call it “decisions” or “choices” or “muffins”. The objective is the same. And the results will always be there waiting for you.

Go ahead: today, make a decision that’s important, keep it and start enjoying the rewards.

Make a decision and keep it.