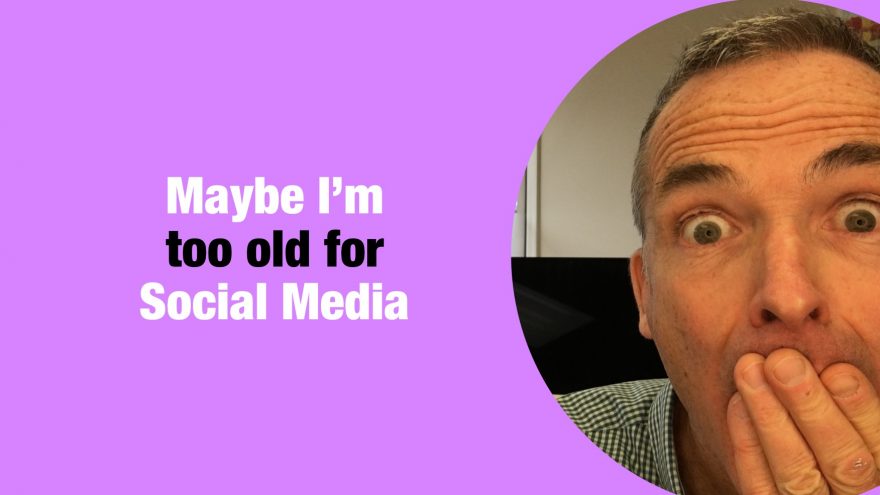 I just poured a hot mug of Earl Grey, pulled on my slippers and I’m thinking about Facebook.

I’m not really all that old, but I do remember watching the Beatles debut on the Ed Sullivan show, the moon walk, and JFK’s final parade. I also remember cranking out newsletters (there’s a word going out of style) on a Gestetner and using two fingers to punch out a (thankfully) cryptic Telex message to our office in Chile.

Well, my friend, we’re in a new world.

It’s not that I’m against new technology. My MacBook Pro is a light years ahead of the IBM Selectric I learned to type on and the modern computer has rendered the soon-to-be-extinct facsimile machine into a waste of good desk space. And I’ll happily take my smartphone over all its less-smart predecessors.

What I struggle with is the battle for my attention.

At Facebook alone there is a small army of psychologists (many who’s training included time in Stanford’s Persuasive Tech Lab) and their sole job is to (surprise, surprise) keep you on Facebook.

What’s shows up in your news feed, the Like button, suggested connections, comment alerts – even the colour of buttons – are all carefully split tested, measured and tweaked to get the maximum response from the guileless users.

That’s you and me.

Justin Rosenstein, tech executive, turned social media ethics advocate, calls the allure of Facebook “likes” (which he actually invented during his tenure at the company) “bright dings of pseudo-pleasure.”

Here’s the ironic part – I own a company that promotes using social media to get traffic to your blog. So I get it – social media is powerful and it can expand your audience and your impact.

Sometimes I just want to take a break (which is actually a good reason to employ us) and not think about interrupting a dinner with my daughters so I can post something on Facebook—I’d rather enjoy the company I’m with.

In his excellent book, Deep Work, Georgetown professor Cal Newport makes the argument that if what you want in relationships is: “To maintain close and rewarding relationships with a group of people who are important to me” then social media falls short.

It’s a practical, binary sort of argument, but he asks a great question: after all your invested time, distractions and effort fussing over social media, wouldn’t your relationships have been better served with a few phone calls and lunches with old friends?

It’s a small trend, but growing – people are taking a digital vacation. Or opting out completely.

I took the advice of one blogger and removed all the little red alert notifications off my iPhone and organized all my social media accounts into one folder.

Right away I noticed that not seeing I have a waiting Facebook message or having to go through one additional step before I can access my social media accounts meant I spent less time thumbing through newsfeeds.

In the end, it comes down to what do you want.

What do you want?

I know this makes me sound even older than I am and maybe a bit curmudgeonly, but what I want are deep meaningful relationships. I also want to use my time well and that includes a clear separation between ‘work time’ (mostly done on digital devices) and ‘down time’ (using my computer for writing.)

And I will always vote for a few dozen people knowing me well (even embarrassingly well) over many thousand who once ‘liked’ a picture I posted.

A friend recently mentioned he was off Facebook for the past month. “How was that?” I asked. “Nice,” he said, “I didn’t miss a thing.”