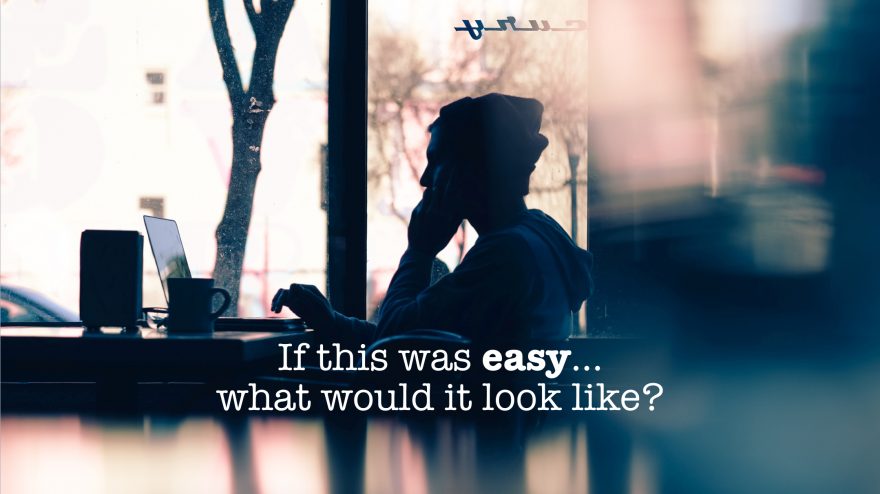 When Steve Jobs returned to Apple in 1997 the company was in trouble. David, in the world of computer Goliath’s, had swollen to hundreds of products, a shrinking bottom line and disenfranchised fans. Apple was bleeding cash and within months of insolvency.

In short order, Jobs needed to turn the ship around or lose it all.

One day, during his purge of top-heavy management and redundant staff, Jobs stumbled across a designer working alone on an unusual new product. It was a tear-drop shaped monitor.

His name was Johnathan Ive.

Jobs was immediately attracted to the free-thinking Ive and the beautiful simplicity of his product designs. Within weeks, the two banded together to work on a new product.

In a world of “grey boxes” – competitors like IBM and Compaq already had desktop computers – their design would prove to be revolutionary. What Jobs and Ive envisioned would be sleek, attractive, intuitive and delivered without a 200 page user manual.

It was the iMac.

What the iMac proved – and all the iconic Ive-designed products that followed – is that simple can outsell complicated. The iMac also marked the rebirth of Apple and its meteoric growth to become one of the biggest companies in the world.

With every product released since the iMac, Apple proved that simple can outsell complicated Click To Tweet.

Which leads me to the question:

Is your life too complicated?

Evolution brought us opposable thumbs and a prefrontal cortex; it also gave us a remarkable tolerance for complexity. Click To Tweet

You can be on a conference call, scan a text on your phone, think about your sick child at home, and compose an email to a supplier – all at the same time.

Bouncing from task to task, handling interruptions and flipping from one focus to another is a neat trick. It’s also draining.

In one study, people who chronically multitask were taking up to 25 minutes to fully return to what they were originally working on. Yikes!

Maybe it doesn’t have to be that way.

Maybe you can un-complicate your life – like how Jobs and Ive uncomplicated the computer – and actually be more effective.

Why we complicate things

When the only technology I had in business was an IBM Selectric typewriter, a fax and a Telex machine, life was simpler—we didn’t have a choice.

Now you have a choice. Allow the complexity of life and business run rampant or chase after simplicity instead.

Somehow complicated appears attractive—sort of like a badge of courage. We design complicated processes, procrastinate on decisions and then involve lots of people: “Look at me! I’m busy!”

Just look at how you pay your bills, manage paperwork, move forward on critical projects – even manage your Inbox. Simple or complicated?

Writing this blog is a good example. I can have three people on my team involved: one to proofread, find an image and publish, one to set up and schedule an email to announce the post and one more to do the social media promotion.

Or, with a little bit of design and maybe a half hour of instruction, just one person. Same outcome, but with one person I have one-third the communication, less time wasted and fewer headaches.
Every week I speak with people who are complicating their lives.

There’s a reason why Marie Kondo (even with a translator in tow) is the new star on Netflix—we want to clean up our act! Click To Tweet

So, here’s the question:

“If this was easy, what would it look like?”

Easy is when you make decisions today instead of wallowing in self-doubt for weeks and repeatedly moving “Call client back” from Tuesday to Wednesday to Thursday. Damn the torpedoes – call them today.

Easy is when you know you said something stupid and stop, apologize and just move on.

And easy is when you take joy (spark joy?) in the uncomplicated.

What are you working on right now that could be simpler? Start by asking yourself,  “If this was easy, what would it look like?”