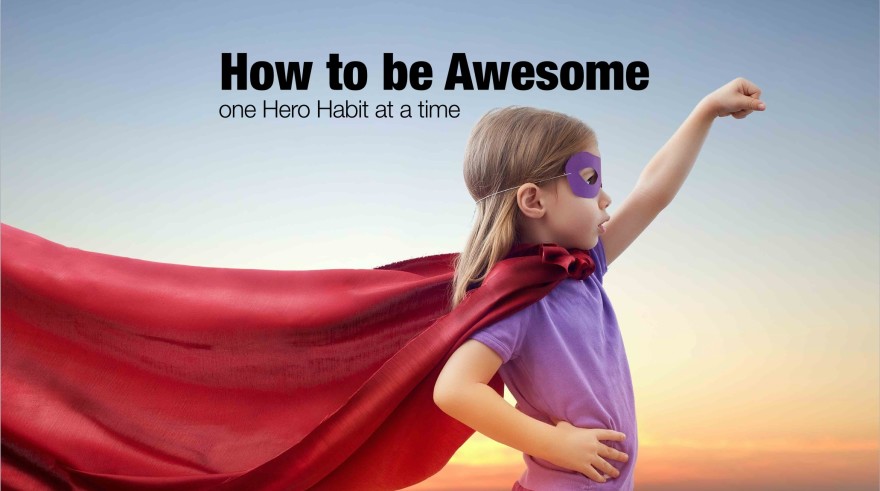 I recently posted a fun slide show on SlideShare. Over 10,000 people viewed it in the first five days.

So, I thought it would be fun to post it again, this time in my blog.

Before I get to that, a word about habits.

2. habits are independent things you build one at a time

First we make our habits then our habits make us. John Dryden – 17th C playright

When you create a new or a better habit you automatically develop more discipline. More discipline makes your next habit even easier to manifest and make sticky. It’s like learning how to cook (so I’ve been told) – the more recipes you master the easier it is to master more.

The research on this phenomena, of success begets success, in the world of habits is both robust and a bit bizarre.

In one study when people were instructed to schedule their workout, three times more people exercised on a regular basis, compared to those who exercised when they felt like it. In other words, the habit of scheduling promoted the willpower to get to the gym.

Two weeks of exercising your willpower clearly gives you willpower in other areas.

In another study (one of the bizarre ones) people were asked to use their non-dominant hand to open doors, shake hands and brush their teeth for two weeks. This forced them to create a new habit and also use willpower. At the end of the experiment they had less arguments with their partner and got angry less often. It takes willpower to avoid an argument (or to walk away). Two weeks of exercising your willpower (using your non-dominant hand) seems to give you willpower in other areas.

As you view the show below, think about finding a keystone habit – the kind that influences other habits to happen. My first keystone habit was drinking tea. After 17 years the temptation to order a steamy hot mug of Sumatra is still there. But every time I resist by exercising my willpower I strengthen my ability to make other decisions.

What will be your new keystone habit?