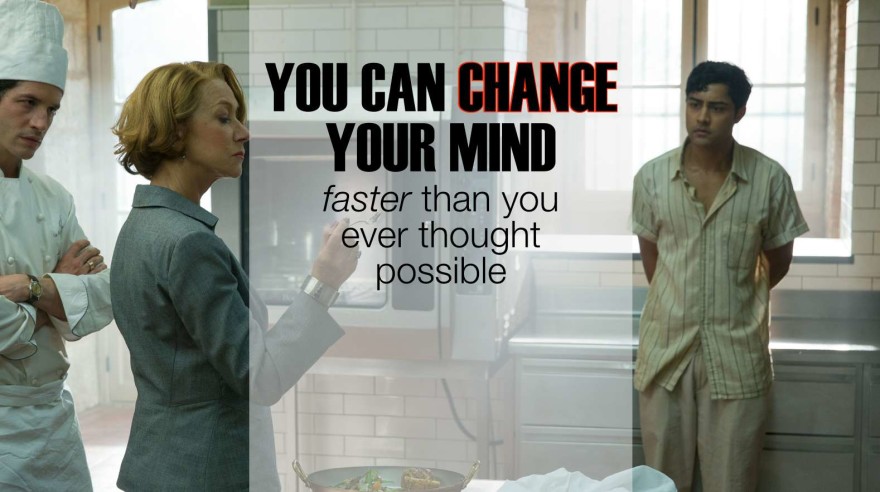 My wife, Kirsten and I, went to see the movie The 100 foot journey this week. Spoiler alert: it’s all about stuck thinking and changing your mind.

In the movie, Papa Kadam (Om Puri) and his family open an Indian restaurant, complete with loud music and wafting smells of cardamom and curry, across the street from Madame Mallory (Helen Mirren), who commands a chic, hoity-toity French cuisine restaurant.

The war between the two restauranteurs is heated, at times funny, and totally instructive.

OLD THINKING AND BEING STUCK

Old thinking can take a long time to shift and for most of the movie Kadam and Mallory are entrenched in their opposing views. It’s real life, presented on an entertaining platter as only producers Jeff Skoll (co-founder of eBay, turned environmentalist), Steven Spielberg, and Oprah Winfrey can do.

But, it doesn’t have to be that way.

The truth is, you can change your mind (and, in fact you should) faster than you ever thought possible. 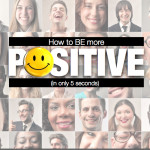 UPDATE: After writing this post I must have been even more excited about this topic. After five hours of writing and picking photos I posted on Slideshare: How to be more positive (in only 5 seconds)” I admit, the “in only 5 seconds” bit is a wee optimistic. But isn’t that a great goal?!? Watch it here.

WHEN TO CHANGE YOUR MIND

Here are four times when changing your mind is smarter than staying stuck in old thinking:

In the 1990’s, the future father of “positive psychology”, Dr. Martin Seligman, devised a simple, five-step formula for changing your mind. It goes like 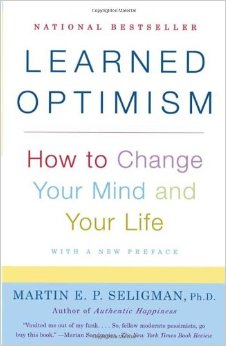 ADVERSITY – there’s a late fee on your credit card statement.

BELIEF – you think “This is so unfair. I just can’t get ahead.”

CONSEQUENCE – you feel defeated, become more depressed about your situation and do nothing to fix the problem.

That’s where most people stop. They have an experience, they make up a belief, and there’s a consequence (I talked about this in “My freakout and five lessons learned.”) Whether positive, or negative, the focus is on being right. If the results were good, we look to justify our success. “I deserve that” we think “because I work so hard.”

If the outcome (like a late fee on our credit card) sucks, we justify that as well. “It’s impossible to get ahead” we bemoan “I have so much debt, and the economy still hasn’t recovered.”

Instead of looking to change our mind, we spend our energy looking to be right.

The reality is this.

Whatever you’ve been thinking was made up. Now, why not make up something better?

What Seligman discovered was two more steps we can all take in the face of adversity. Practicing these two steps can not only change people’s mind, but, in one study, even reduce college suicide rates.

In your case, taking the next two steps could mean the difference between feeling defeated or energized and being stuck or taking action.

Here are the next two steps:

DISPUTATION – challenge your belief. Are you REALLY stuck and unable to make a change? Does this example REALLY predict your future?

ENERGIZE – do something (anything) to get unstuck (see “Avoid procrastination: give your brain instructions.“) Call the credit card company. Explain your situation. Ask for an exception. Consider picking up the phone a victory – anything else is a bonus.

The 100 foot journey is teaching us much more than good things eventually happen to good people. The real moral is that changing your mind is always possible. Your relationships, wealth, health, workload, marriage, and even happiness is up for grabs. You are the author—how do you want the ending to look?

What is your struggle? Where do you need to change your mind? Tell me in the comments – I want to hear from you.